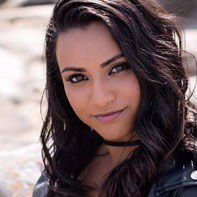 Dominique started dancing at the age of 3 and has trained in all dance styles including Commercial Jazz, Tap, Contemporary, Ballet, Hip Hop, JFH, Musical Theatre and Lyrical. In 2016 she received her Certificate IV in Dance from Ettingshausens.

Dominique has worked with many Choreographers/Artists in the industry including Jeep Managements PJ Clarke, Stephen Tannos, Squared Division and Kaylie Yee. She has danced in a TV commercial for Nescafe and worked for Stephen Tannos in a promotional concept video for Ettingshausens in 2016. She has also assisted Eden Petrovski from So You Think You Can Dance Australia at the Australian Dance Festival in 2016.