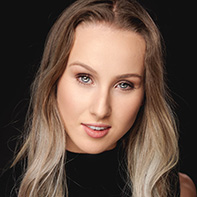 Jasmin has trained in all styles of dance from a young age in Adelaide and is now moving to Sydney to further her studies as apart of Sydney Dance Company’s PPY. She has completed Cecchetti, Borovanksy and CSTD Ballet Exams with awards inclusive of Gold Cecchetti Medal Winner, Special Medallion and highest mark Australia Wide for Borovansky Advanced 2, and CSTD Ballet State Award. She has also completed the CSTD Jazz syllabus with an Examiners choice and State Award, as well as CSTD Tap up to Advanced Gold Bar.