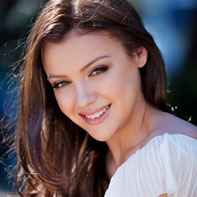 Kiara’s love of dancing started at the age of 3, training in all styles of dance such as Ballet, Tap, Jazz, Lyrical/Contemporary, Hip Hop, Latin and Musical Theatre. She studied Fulltime at Ettingshausens, attaining her Certificate IV in Dance. Most recently Kiara was apart of the Dream Dance Company’s Pre-Professional “Show Business” course directed under Marko Panzic.

Kiara has performed on shows such as X Factor and Dance Academy. She has appeared in Television Commercials for So You Think You Can Dance and Foxtel as well as various film clips and concept videos under the direction of Stephen Tannos, Sally Hare and James Barry.