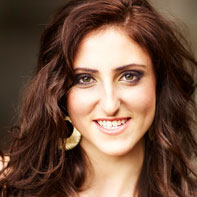 Kristina started dancing at the age of 5 years in her hometown,Sydney Australia. She has trained in many dance styles such as, jazz, tap, ballet, musical theatre and lyrical. To help pursue her career in dance she studied fulltime at ED5 International to complete a Certificate IV in Performing arts, where she studied with some of Australia’s Top Choreographers. Kristina has since worked and performed with various artists such as, Kelly Rowland, Delta Goodrem, Brian McFadden and Paulini. Kristina also performed live on the finale of Australian Idol in 2007. She was also accepted into a Contemporary Company called ‘Locreado Dance Company’ and toured around Australia with them. Shortly after, Kristina was offered her first contract with Princess Cruises on the Royal Princess and has since gone on to complete 3 other contracts with Princess. She is now home and continuously performing in a Michael Jackson tribute show all around Sydney.