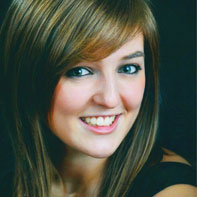 Tania Lopes attained a Certificate IV in Performing Arts at Brent Street Studios. She has been dancing since the age of 5 and has trained in FATD Jazz and Tap as well as RAD Ballet. Tania has had extensive training and experience throughout her life in all dance styles, both in Australia and Internationally, and has taught and worked in the industry as a teacher, choreographer and as a performer.

Tania has performed alongside artists such as Alexis Jordan and Short Stack.

Tania teaches all styles of dance offered at DANCE on Q.