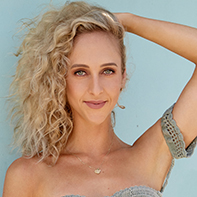 Toneya started dancing at a young age at Sarah’s Dance Academy before moving to the Betty Dargie School of Entertainment in 2006-2008. In 2009, Toneya studied full-time at Ecole Ballet and Dance Theatre where she trained in Pilates to help enrich her classical studies. During her school years Toneya studied dance as an elective, participated in School Spectacular and appeared in the movie Razzle Dazzle in 2007. Toneya finished high school in 2011 with dance as one of her major subject focuses. Toneya’s balletic ability is of the highest quality, achieving Distinctions for all her major RAD examinations. Miss Toneya obtained a Diploma in Performing Arts (Dance) at ED5 International after studying full time during 2012-2013. During her course Miss Toneya learned from some of the industry’s most prominent teachers and choreographers.

Toneya is currently with Dargie Entertainment perusing a career as a performer and some of her best achievements include performing in the Philippines, Manila for 6 months at the City of Dreams with Natasha Crane and Keith Hawley as choreographers, and performing two summer contracts on the Sydney Showboat in Darling Harbour, Sydney.

Toneya completed her Certificate in Ballet Teaching Studies through the Royal Academy of Dance during 2017-2018 and obtained her certificate in 2019 at the RAD Head quarters in London.

Toneya’s interest in Pilates began all those years ago when studying Classical ballet fulltime, it wasn’t until 2019 where she decided to further her education and train through Polestar Education and become a qualified Pilates Mat instructor. Toneya believes that Pilates enriches people’s lives both physically, mentally and spiritually and helps create a balance between stability and mobility promoting good posture and enriching a positive and healthy lifestyle.