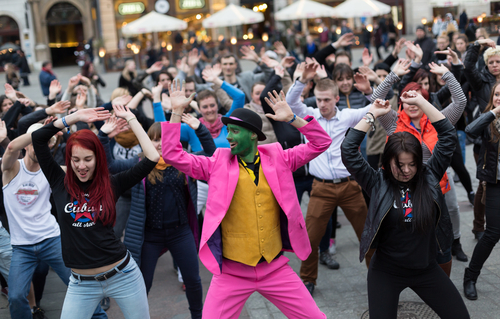 How Does Dance Benefit Society

As a society, it’s important to share things in common among us if we want to establish cooperation and communication. One of those things is dancing. Indeed, it unites us socially and culturally. Moreover, dancing has also become a form of expression whether as an individual or as a tribe or group.

Before written languages were invented

As a form of expression, dancing is said to have existed way before written languages were invented. According to archaeological evidence, dancing predates written languages for thousands of years. In other words, for thousands of years we’ve been mainly communicating with our bodies instead of written words and symbols. Our ancestors had been expressing themselves through rhythmic movements rather than writing sentences.

In the Bible and other holy texts, dancing is mentioned several times. It has become a part of ceremonies and traditions. As a result, dancing has been shaping human history for countless generations. Different styles have emerged but one thing stays the same: that dancing is a way to express ourselves.

It even happens automatically as our children emulate the dance movements they see. We as adults also do that by making “micro-movements” that are similar to how the performers dance. It’s like dancing is hardwired to our brains which is why in almost every culture and society dancing exists one way or another.

Dancing binds us together and it’s something that transcends our doubts and scepticism. We can watch performances without judgement and just enjoy the whole show. It also separates us from animals because we can consciously and unconsciously do some rhythmic movements with or without music. This can also mean that dancing makes us feel more human.

Although science, engineering and academics make life possible and progressive, dancing is one of those things that make life enjoyable and feel worthwhile. Academics always has its place in child development but let’s not forget how performing arts can help shape our children’s identities and forms of expression. Through dancing, they can get in touch with their creative and expressive side. And through dancing, they can better appreciate the arts and better connect with other children. After all, dancing will bind them together as they share a common passion and interest.